The SSL/TLS cryptographhic protocols are used to ensure confidentiality, integrity and authentication of data communications, for instance between a customer and a company during a transaction in a web shop on the Internet. Without the invention and dominant usage of SSL/TLS, confidential communication like money transfers and online shopping wouldn’t be possible today. Correct implementation and configuration of SSL/TLS are therefore vital for establishing a trustful relation between online businesses and their customers.

In 2009 researchers found a design flaw in the SSL/TLS protocol which could be exploited maliciously to inject data between two endpoints - effectively breaking confidentiality, integrity and authenticity.

Very soon after the discovery of this design flaw, the protocol was re-designed to ensure security. Virtually all vendors implementing SSL/TLS swiftly followed the redesign and patched their products. Most of the products have patches available since early 2010. But how many customers have actually implemented these patches?

CIRCL used a sampled list of .lu domains to check the status of implementation. This report shows that more than a quarter of the tested .lu domains are not updated yet. Additionally, even more domains present an expired certificate to their users/customers/visitors. This shows that appropriate certificate management is challenging. For instance, the renewal of certificates in time is critical. The question that remains is: can users of such websites cope with such challenges? How do they react if an expired certificate is presented to them?

Our objective is to raise awareness around of SSL/TLS security. We want to give answers to common questions, explain the backgrounds and show strategies to resolve or mitigate the threat. This includes the questions: - Is my site vulnerable to this attack and how can I check if it is? - What do I have to do to secure my server? - Is my certificate expired, and if not, when does it expire? - Are there any other weaknesses in my certificate handling (e.g. mismatch between name of server and name in certificate)

These questions, when properly answered, not only strengthen trust and confidence in your Internet business and in Luxembourg as a business location.

What is SSL/TLS renegotiation?

How does the attack work? 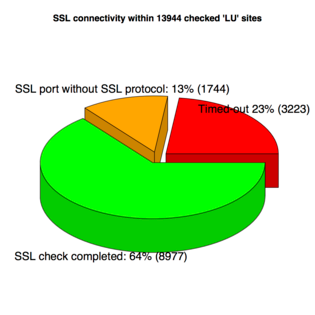 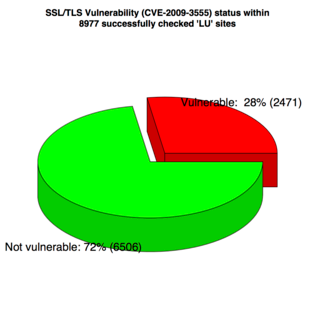 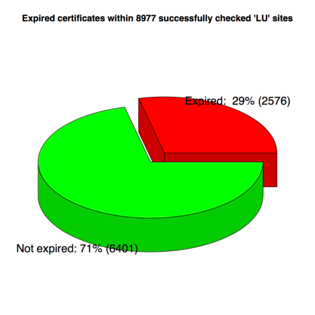 The SSL/TLS vulnerability is not visible for the user/customer of a website. But there are other possible misconfigurations or administrative lapses that affect the user’s experience in relation to SSL/TLS certificate management, because the user will be notified about an irregularity and he/she is prompted for an action. Following cases are possible:

CIRCL created a tool, accessible online at http://sslcheck.circl.lu to check for all of the afore mentioned problems, just by entering the server’s fully qualified domain name and port, accompaigned by the solution of a captcha (to limit requests sent out by the server): - SSL/TLS vulnerability - Expired certificates - Self-signed certificates - Name mismatches